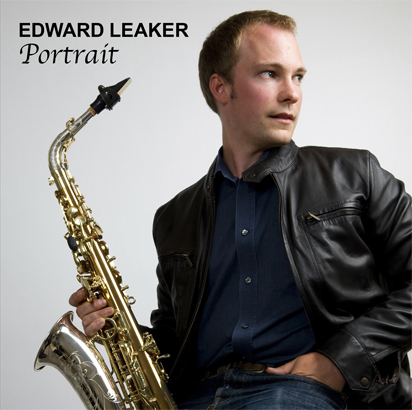 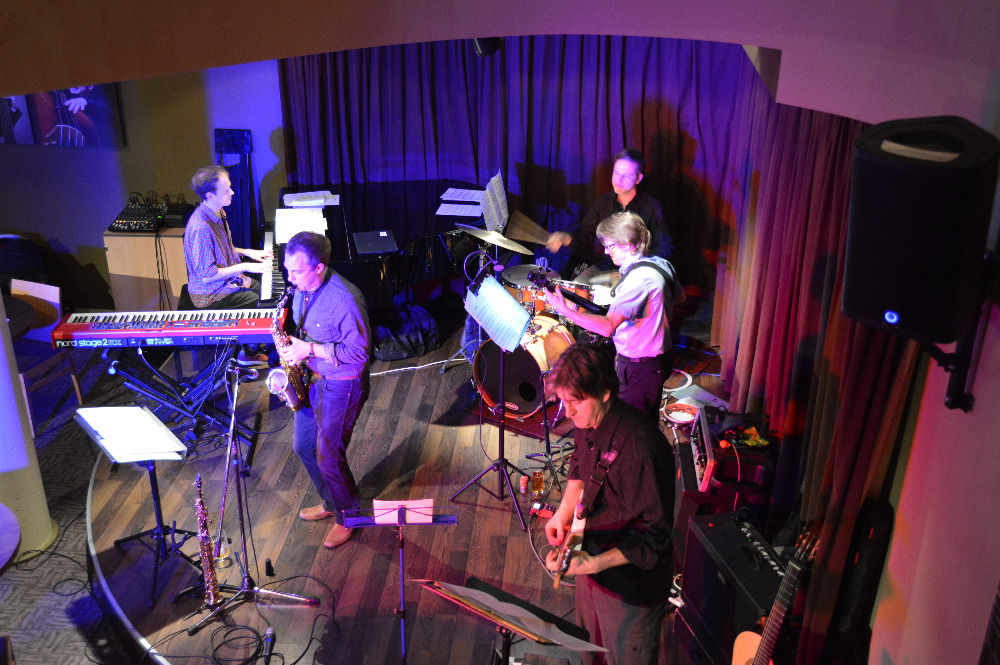 "...Here we listen to Edward playing some really cool modern jazz crossover inspired material - think Kenny G or David Sanborn. It is the kind of material which can be listened to in a concert setting, after dinner or just good background listening. There is nothing but good music on this CD..."
(Brian Inglis - 'The Note')

"...Edward Leaker's CD "Portrait" shows that the smooth jazz genre is not merely the territory of California yuppies. Leaker and his British group turn in polished performances of originals and covers.... with, as Leaker says, "the emphasis on melody" there is plenty to enjoy. His tone, especially on alto is warm and distinctive and makes this CD, as smooth jazz should be, easy to listen to. If Britain is to ever have a jazz infrastructure that can provide a livable income, it needs young musicians such as this - artists who are more interested in playing accessible music than in showing how fast and how high they can play their instruments. I wish Leaker and his band the best of British luck!..."
(Richard Niles - Producer)

"...Combining a successful freelance and teaching career, this prodigious sax talent also leads various jazz outfits. This solo album carries a wonderfully smooth tone and features his takes on material by Mike Mainieri amongst others..."
(Keith Ames - The Musician)

Future Inn, Bristol, Feb 2015
"On a cold evening in February we found ourselves at The Future Inn for their regular evening of Jazz. On the bill this evening was Edward Leaker. For those of you who don’t know Edward he is a highly skilled professional sax player who runs a number of projects, the Edward Leaker Band being one, the others are Swing Machine Jazz Orchestra, playing favourites as played by the likes of Count Basie, Duke Ellington, Thad Jones, Buddy Rich, Sammy Nestico and Glenn Miller as well as modern pop arrangements and latin jazz.  Groove Machine playing a mix of Soul, Pop, Funk and Jazz and Blaze which is a Saxophone and String Quartet classical crossover. So all in all Edward is very busy. You can find out more about these outfits at Jelli Records

This evening we saw him as the Edward Leaker Band featuring Andrew Tween Drums,  Jerry Crozier-Cole  Guitars   Michael Isaac  Bass,  Andy Nowak Piano and Keyboard and special guest Heather Wensley vocals.
With influences from the likes of Spryo Gyra, Fourplay, David Sanborn etc., Edward and the band performed a mix of covers and original songs many of which can be found on his current CD ‘Portrait’ reviewed in The Note in 2014. He also included a couple of vocal numbers featuring the very able Heather Wensley.

Their overall style can be described as (and this is my description) classy jazz funk - to latin and straight jazz. As someone said to me “this is proper music delivered by proper musicians.” And they may be right because this band would not have been out of place at Ronnie Scotts and would probably gone down extremely well and we got to see them for only £5!! I think the Bristol Jazz and Blues Festival is missing a trick here, maybe next year we’ll see them there.

A tight fine rhythm section was provided by Andrew Tween and Michael Issac who was over his bass like a rash! There were first class solos from Andy Nowak, Jerry Crozier-Cole and of course Edward Leaker and there was some excellent interplay between the sax and guitar which added to the overall sound of the songs, this really was musicianship at its best.

To find out more about Edward Leaker visit his website at www.edwardleaker.com
The Future Inn has an excellent performance area with comfortable seating an ideal setting for jazz based acts and any other for that matter, so it is disappointing that the place is not better utilised by the good people of Bristol, with easy parking at just £2 in Cabot Circus and Future Inn will cover the cost of that, it doesn’t get much better.

Still the audience which was there thoroughly enjoyed the evening and those who weren’t there missed a superb evening’s entertainment."