BLAZE is the coming together of string quartet and saxophone to create a fusion of classical and contemporary music.
Please click the play buttons below for short audio clips from the Blaze debut CD. 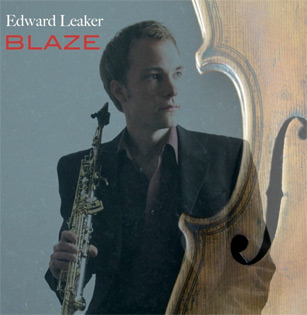 'Blaze' is an exciting and innovative new ensemble fusing classical and popular idioms using the beautiful sound of the soprano saxophone with string quartet. Members of Blaze are all full time professional musicians trained at Britain's most prestigious conservatoires. Our repertoire spans jazz, classical, tango, pop and easy listening with many arrangements especially commissioned for the group. The resulting sound is really quite stunning and appeals to traditional classical enthusiasts and newer audiences alike. The programme ranges from Piazzolla and Bach to Coldplay and Snow Patrol.

RECENT PROJECT: Blaze have recently commissioned internationally acclaimed composer and saxophonist, Iain Ballamy to write a new work for them which was premiered at The Bishop' Palace, Wells.

We are very grateful for the support of PRS for Music Foundation with this project.

BLAZE is available to perform for music festivals, concerts and selected events entertainment. 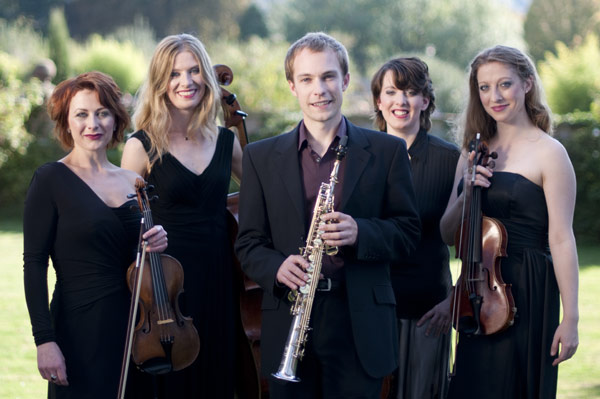 Blaze CD Reviews:
"Saxophonist  Edward entered the profession with an impressive CV: Licentiate of the  Guildhall School for classical performance, a first class honours degree  studying with Duncan Lamont and a Masters in performance from the Royal  Academy. He is enjoying a burgeoning career, including stints with NYJO  and the Emerald Ensemble. Blaze fuses classical, contemporary and jazz  music, with Edward on alto and soprano, Anna Kirkpatrick and Christian  Halstead on violins, Iona Hassan on viola and Yvonne Parsons on cello.  Serene and instantly appealing, the group's musical approach to the wide  variety of material, from Bach to the Beatles, illustrates why Blaze is  believed to be one of our brightest new combinations and why Edward is  held in such high regard. Superb."
Keith Ames for 'Musician' magazine, Dec 2010

"For many years I have dreamed of creating a group in which I can bring together and express a sound born out of my many influences, from jazz and pop to classical and contemporary music. A sound that defies categorization. To me, performing with a string quartet feels like a very natural setting for the saxophone and offers extraordinary possibilities. I have been humbled by the wonderfully encouraging audience response to our first music festival concerts."
Edward Leaker

Lucy-Anne Allen began learning the violin at the age of six with Anita Hansen and later with Robert Jacoby, subsequently gaining a place to study at the Royal Scottish Academy of Music and Drama with Katie Hull.  Since then, she has embarked on a diverse freelance career working with the Bristol Ensemble, London Gala Orchestra, Bath's famous Pump Room Trio, the Syd Lawrence Orchestra and Bath Philharmonia, as well as performing recitals for SAGA Cruises.  No stranger to microphone packs or cans, Lucy-Anne has recorded and toured with Sting ('If on a Winter's Night' DVD), has made television appearances for S4C (Avanti Productions), recorded soundtracks for numerous BBC Natural History documentaries and computer games (including recent sessions for the best-selling Halo series), has performed live sessions on the Paul Jones Show (BBC Radio 2) and was the featured violinist on the acclaimed ambient album 'Maitreya.74'.  Lucy-Anne has also spent time in the orchestral pit for myriad operas and shows.  Recent highlights have included work at the Menier Chocolate Factory on 'Paradise Found' and as first violin for a stage adaptation of Tolstoy's 'Anna Karenina', set to Janacek's 'Kreutzer' and 'Intimate Letters' quartets. 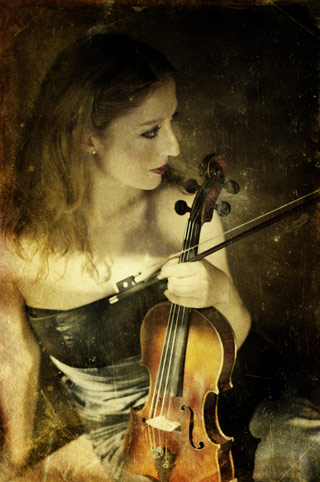 Began the violin at the tender age of six, studying with Kathryn Hardman and Christopher Hirons. She graduated from Cambridge University with a First in English, and launched herself into the itinerant life of the freelance violinist. She now lives in Bristol, but finds her work leading much further afield: the last twelve months allowed her to take in icebergs in Greenland, midnight sun in St.Petersburg and Norwegian fjords, alongside the more prosaic traffic-jams of the M25.
Naomi frequently plays for the Pavão Quartet: recent highlights have included the Elgar piano quintet with John Lill; a long-running 'Paul Robeson' collaboration with Sir Willard White; a recording for the Classic FM label with guitarist Craig Ogden; and a recording, for Decca, of composer Eric Whitacre's choral music, for the album 'Light and Gold'. The last two discs topped the classical music charts in the UK and USA. Other recordings include work with Hayley Westenra, John Barrowman, The Villagers and the music for Rick Stein's television series. She has played the viola with Ronnie Scott's All Stars.
Naomi holds seats in both the Bristol Ensemble and the Orchestra of the Swan, and has recorded with Welsh National Opera. She also makes occasional forays into the commercial market, filming for Sky television and recording with Bristol Ensemble for the BBC's natural history department. She works as an animateur in special needs schools, particularly enjoying projects with autistic children. She is currently the recipient of the Sir Charles Makerras Fellowship at the Royal Welsh College of Music and Drama. 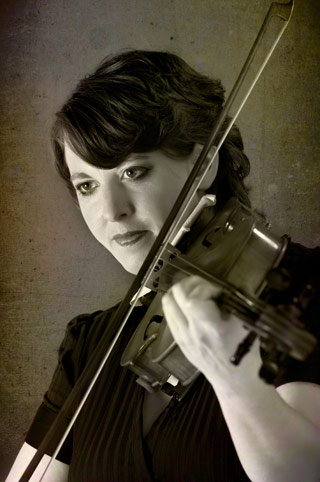 Originally from Aberdeenshire, Iona Hassan was involved in concerts throughout the local area from an early age and was a regular member of the National Youth Orchestra of Scotland, becoming their Principal Viola in 2000. Iona was a student at the Royal Scottish Academy of Music and Drama in Glasgow from 1996 where she studied with James Durrant and Cathy Marwood. Whilst at college Iona was a prize-winner in both the Watson Forbes Prize for Viola Players and the Mary D Adams Chamber Music Prize. During this time Iona enjoyed freelancing with many of Scotland's top orchestras including the Orchestra of Scottish Opera and the Royal Scottish National Orchestra.
In 2002 Iona was appointed Principal Viola of the Southbank Sinfonia, based in London. During this time Iona performed in numerous chamber music and orchestral concerts around the country and abroad and also began studying with Philip Dukes.
Iona has freelanced regularly with orchestras around the UK including the BBC Philharmonic, Royal Philharmonic and English Symphony Orchestras and is regularly Principal Viola of the Bristol Ensemble and Southbank Strings. She is also the Artistic Director of the Auriga Strings.
Iona has run Super Strings East, based at Great Bedwyn School, and Super Strings Marlborough since 2008. She also helps to run White Horse Music, based in Woodborough, Wiltshire, which seeks to promote and encourage the performance of traditional music by people of all ages and abilities. Iona also runs the Junior String Scheme at Wells Cathedral School, Somerset, and has done since 2006. She teaches Violin, Viola and Chamber Music there. 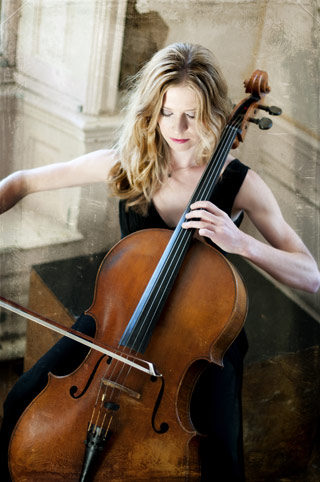 Alison Gillies has a busy and varied career as a freelance cellist, which sees her working with orchestras such as Bournemouth Symphony Orchestra, Welsh National Opera, and the RTE Concert Orchestra, as well as with artists such as Kanye West, Roni Size, and McFly. She has recorded a number of soundtracks for TV, and has composed and performed music for BBC Radio dramas. Alison read for her BMus degree at Cardiff University before taking up a place on the MMus performance course at Trinity College of Music.  She recently completed an MPhil at Bristol University with a thesis on the music of Frank Bridge. Alison plays a 2003 copy of a Rugeri cello by John Dilworth.

BLAZE REPERTOIRE: Please Contact Edward  for a detailed repertoire list and sample concert programmes. We are currently  involved in commissioning and writing NEW MUSIC for the group.